Why Experiences Are Better Than Products: Lessons From EagleRider Motorcycles 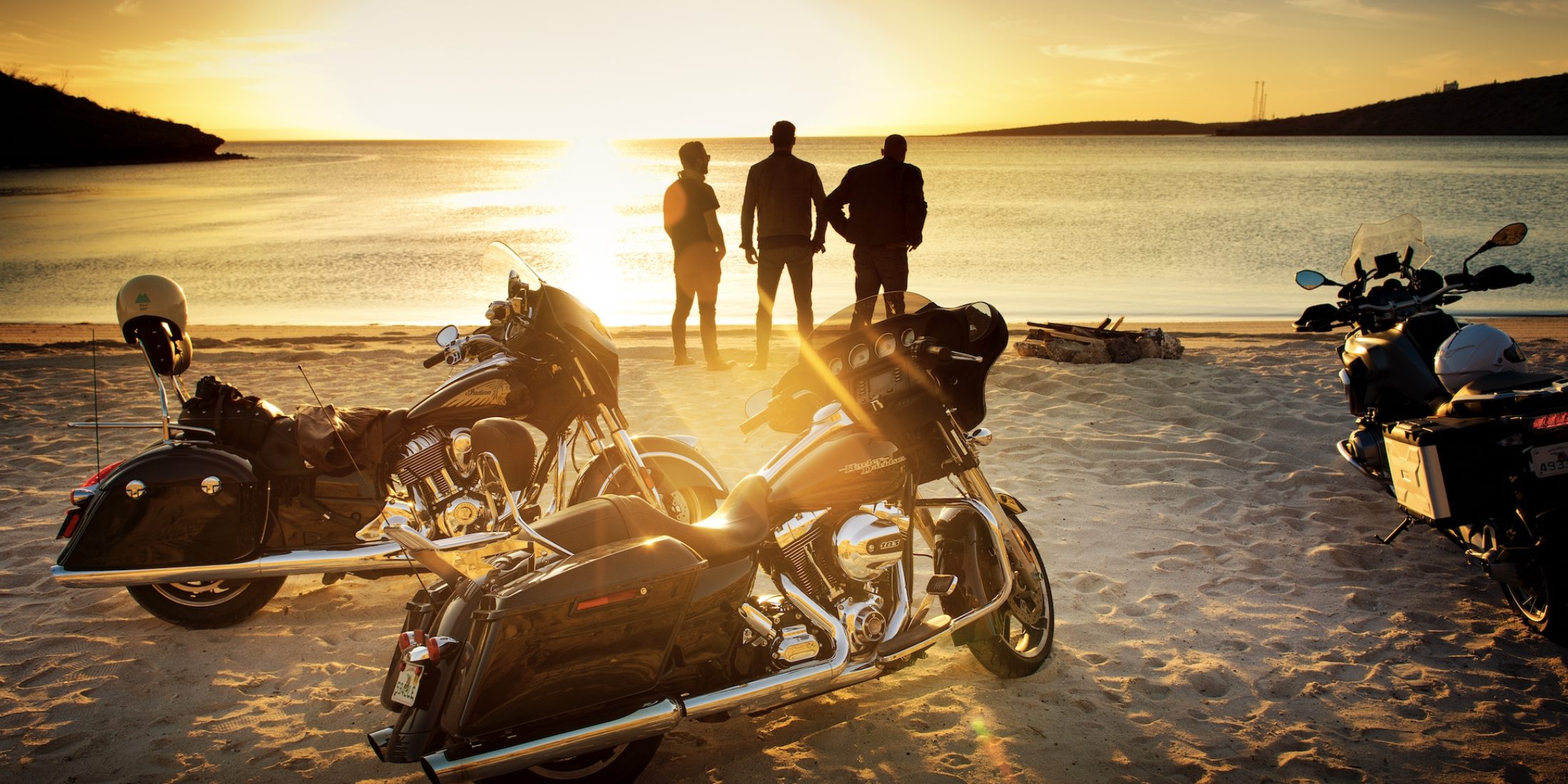 Despite earning a six figure salary just three years into his new job, he felt unfulfilled. He crossed a major milestone but there was no promised land of success and happiness like he expected. The celebrations were short lived.

“I thought life and success was about money. I quickly realized that something was missing.” In search of clarity, Chris and Jeff Brown, the future co-founder of EagleRider, hopped on their Harley’s and a took trip up the Pacific Coast Highway.

While stopped at a gas station in Big Sur, a group of German tourists approached them. Pulling up in their rented convertible Mustang, the tourists gushed to Chris and Jeff how they wished they could’ve rented the Harley’s instead.

The tourists’ accents were as thick as the duo’s excitement.

It was then they realized that they could build a business around something they loved: motorcycling. Fulfillment was in reach. Not long after, they had their first motorcycle rental to a group of Austrians.

After the trip, the Austrians took Chris and Jeff for dinner at the Santa Monica Fish Company. What happened next changed everything. One of the Austrians began to weep at the dinner table. “Thank you for making my American dream come true.” he said.

It was a turning point.

“Not everyone skis but for those who do, and for those manufacturers, it’s a multibillion dollar industry. But without Bear Mountain, Whistler, Park City or any of the Alps the industry wouldn’t exist. It’s enthusiasts who are tied to something bigger” he explained.

In the case of EagleRider, it meant something bigger than the bike itself. It would be an experiential business model. Not about metal or pedal, but Route 66. Blue Ridge parkway. Gulf of California. Memories over money. Experiences over products.

But selling the experience wasn’t easy. They incorporated in 1992, all without insurance, outside financing or an office. Just a small garage and four bikes. “It took us a year and a half just to find insurance, and every bank said no”. After fifty to a hundred rejections, they went to their customers.

But was just the first of their many hurdles. As the business began to scale they had to convince manufacturers to get onboard.

“Brands like Harley, Indian, Ducati, Triumph. Even if you don’t ride, these names are as iconic as Mercedes and BMW.” But iconic or not, manufacturers weren’t in the business of making memories back then. As engineers, they spoke in the language of handling, design and horsepower. They didn’t understand the travel and experiential component. Just quarterly profits.

“It was a very slow, long term process of educating”. But focusing on the long term eventually paid off. EagleRider is now the world’s largest motorcycle rental and tourism company, with more than 100 facilities throughout the globe. They aren’t just in the adventure travel industry anymore though. They’ve since expanded to motorcycle sales, parts, repairs, apparel and more.

But Chris shared an important lesson. Had he known this from the beginning, it would’ve increased his EBITDA tenfold. “Products and services are exactly that, things that you sell and make a margin on. Even when you think you’re focused on the experience, it’s easy to get drawn into the economics. Understand that products and services are a means to get to that experience.” When I asked for some parting wisdom he said “Everything in business is promise making and promise keeping. Pay your bills on time, do what you say you’re going to do and magic happens”.

Fresh off his Harley, he stood in his backyard admiring his waterfall pool. “I live one of the most exhilarating lives in the world”. It was the day before Thanksgiving and he promised his wife he would spend the afternoon with family.

For someone who spent the last two decades growing and now, overseeing the brand culture and profitability of EagleRider, he sounded just as eager as a founder on the first day. “I’m a blessed guy”. Maintaining a healthy work/life balance is another component to his success. Chris gives his wife tremendous credit for being his biggest supporter.

But once he started putting whiteboards up in the bedroom, so he could jot down notes in the middle of the night, well…that’s when she drew the line.