How a Restaurateur Is Navigating the Pandemic 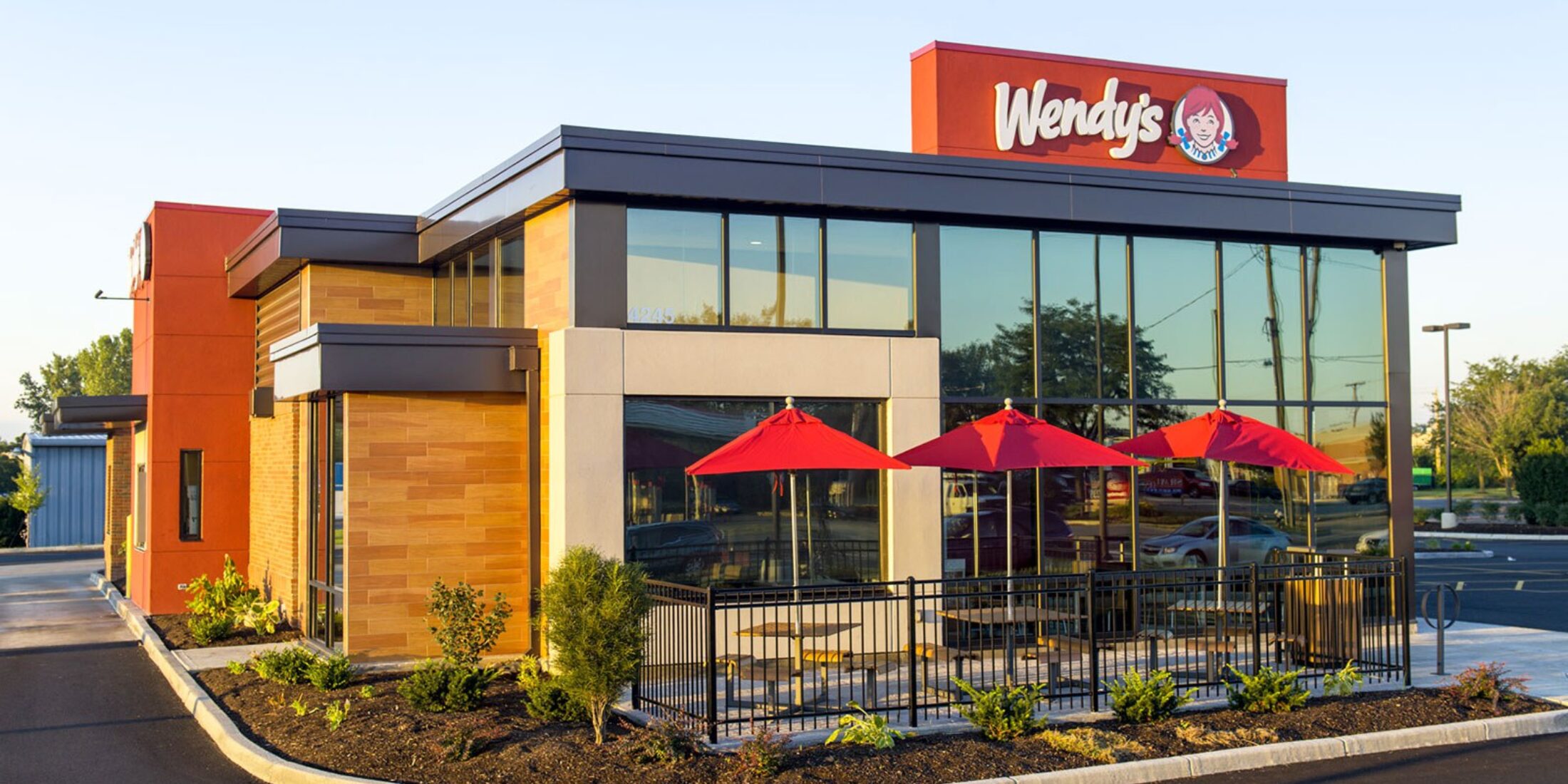 Nov. 16, 2020 /Stanford Graduate School of Business/ — Even if you don’t know Greg Flynn by name, you’ve probably eaten in one of his casual-dining outlets. The Stanford Graduate School of Business alumnus, who earned his MBA in 1994, is the founder, CEO, and chairman of Flynn Restaurant Group, which owns and operates more than 1,200 restaurants under the Applebee’s, Panera Bread, Taco Bell, and Arby’s brands. It’s the largest restaurant franchisee in the country, with nearly 50,000 employees and $2.3 billion in revenue in 2019. And in the process of building and diversifying his business, Flynn has transformed the industry itself, according to Forbes.

He got into the restaurant business “by accident,” Flynn says. He began in real estate investment, after a class project at Stanford turned into a real-live equity fund — which he closed a week before graduation. In 1999 he bought his first Applebee’s and immediately started looking to grow. That led to some resistance from the franchising companies themselves, but he won them over by demonstrating that his group ran the restaurants exceptionally well.

We reached Flynn at his home office in Napa, California, where he’s been working since the start of the COVID-19 pandemic, to find out how his company has gotten through this unprecedented crisis. Turns out his team is buying, not selling — they’ve just signed a tentative agreement to acquire more than 1,300 Pizza Hut and Wendy’s restaurants in a bankruptcy proceeding. If the deal goes through, it will double the Flynn Group’s holdings.

In all of your business planning, did you ever envision a scenario where people would just stop going out to eat?

Oh boy, no. We modeled every downside risk we could think of, and none of them — even the most extreme cases — came close to the reality of this. When the shelter-in-place orders started coming down the week of March 13, our Applebee’s restaurants immediately lost 88% of their revenue. That’s our largest group, with 450 stores. The other brands weren’t hit quite as hard, because they do more takeout, but it was devastating. Overall, 60% of our pre-COVID revenue just evaporated. It was a real shock. And, of course, we didn’t know how long it would go on.

It would seem that wait-and-see isn’t really an option when you’re bleeding at that rate.

For a restaurant business, daily revenue is like oxygen for the human body. If that gets cut off, you can’t believe how quickly the system fails. So we had to make some incredibly difficult triage decisions, very fast. First, were we going to stay open or not? If you close, you have to figure out what to do with all the food on hand, which is a big expense. And then, of course, when you reopen you have to rebuild that inventory. So closing a restaurant is a really draconian measure. But a lot of restaurants did that — I’d say around a fifth of all sit-down restaurants in the nation closed. Second, if you stay open, there’s no way you can carry the same level of staffing. The only real choice was whether to lay people off or furlough them. The key difference is, if you furlough them they’re technically still your employees; they’re just not scheduled to work. You’re not paying them, but you maintain their health benefits.

So what did you decide to do?

We decided early on to keep all of our restaurants open. Of course, if we had a Panera inside a mall and the mall closed, we had no choice. But about 1,200 of our 1,250 restaurants were able to stay open in some form. In the case of an Applebee’s, that just meant doing whatever off-premises business we could with a skeleton crew of managers. We had to make hard choices. We didn’t lay off any employees, but we furloughed 29,000 people in five days. Sixty percent of our workforce. It was brutal. But we kept all our managers on. We knew we’d need them to remain a viable business if we ever came out of this crisis.

And you were able to keep the restaurants afloat?

Yes, and all credit to our managers — they’re the heroes of this story. They kept the restaurants running in the early months with amazing creativity and hard work. Applebee’s was slammed at first, but within a few months they’d brought sales up to 60% of pre-COVID levels, just with takeout and outdoor dining. Then in May and June, when dining rooms reopened at partial capacity, we recaptured much of our old business. We actually found that the capacity limits only hurt you on a few weekend nights; at other times, the restaurants wouldn’t be full anyway. So with the increased off-premises business, which has held, we’ve been able to get sales back to flat or even up.

Are you saying your business is back to where it was before the pandemic?

Actually, we just completed our fourth week in a row with sales higher than the same period last year. Amazingly! In the end we closed fewer than 10 restaurants permanently, and at this point, we’ve brought back almost all of our people. Really, in a lot of ways, we’re coming out of this stronger. In all of our brands, when COVID hit, we trimmed every ounce of fat we could find to make what we could on the sales we had. We’ve gotten much more efficient, which means that as sales have risen, we’re seeing better margins and cash flow than ever before.

So fast-forward: Where do you see Flynn Restaurant Group by this time next year?

When capacity limits are gone and people are comfortable going out again, if our off-premises business holds anywhere near what it is now, we’re positioned to be much better off because of all this. I never thought I’d be saying that. Obviously, the industry has taken a real blow. Experts in the trade press say that one in six restaurants will never reopen, which is tragic. But for the survivors, it will be a more attractive competitive landscape.

Why do you think your business is among the survivors?

Looking back, I think our decision to diversify 10 years ago really saved our bacon. By 2010 we’d grown to several hundred Applebee’s restaurants and had gotten really good at running them. I felt like we’d built this great platform with which we could do more. We studied the market and looked for the strongest brands in other segments, like quick service, which led us to Taco Bell and Arby’s. When COVID hit, those two fell 30%, but they recovered quickly and since then have done really well. We probably would have survived with Applebee’s alone, but we’re thriving now.

What other lessons have you drawn from this whole crazy episode?

First and foremost — something I’ve always known but was just reinforced — the most important element of our business, and probably any other business, is the strength of the team you have. At the senior level, we have a core group that’s been together nearly 20 years with very little turnover. It’s quite extraordinary. And they were just brilliant. No one panicked. This was a bigger problem than we’ve ever faced, but it was just another problem to be solved. And I really think we made the right decision to stay open and furlough our employees, rather than having layoffs, even though it cost us in the short term. It showed that we valued them and wanted to bring them back. And it’s not just that you care about people and don’t want them to lose their health insurance. It’s a hard-nosed business calculation: The key to success in this business is running your restaurants well, day in and day out. You can get a million other things right, but if you get that wrong, you’re not going to survive. And these are the people who know how to do it. If I had to do it again, I’d make the same choice. I think it went a long way toward saving our business.

Looking back on your career, what role did your time at Stanford GSB play?

I worked in investment banking before business school, and I was pretty sure I didn’t want to go back to that — or you know, almost any job where you work for the Man. I knew I wanted to do something entrepreneurial. For me, business school was just the perfect place to pivot, where you can draw on the experience you’ve gained while mapping out a new direction. It gives you time, it gives you thought partners, and it gives you context. It would have been a lot harder to start my business if I’d just quit my job in banking and gone straight into that. And I guess more than anything, I had faculty advisers who were incredibly helpful. Jim Van Horne and Chuck Holloway were great mentors to me, both at school and for years afterward.

Were there any particular courses that helped you as an entrepreneur?

I did an independent research class with Joel Peterson in which I wrote an offering memorandum for a small real estate equity fund. I sent it out and people actually subscribed! We closed the fund a week before graduation. So that really launched my career. But honestly, the most useful class for me in all of business school was probably cost accounting. Not exactly a glamorous answer, but the principles I learned there help me every single day in running our business.

On the other side of the ledger, what are the rewards of running a business? What drives you today?

First and foremost, for me, it’s about assembling an exceptional team and succeeding as a team, which we’ve done over many years now. We’re all really close — we communicate efficiently without having to spell out a lot of stuff. We can finish each other’s sentences. And it’s wonderful to feel like we earned our victories together. Right now we’re going into what is for us a large acquisition, and we had to get this thing done in a very tight timeframe required by the bankruptcy process. And you know, we’re taking some risk here; this could go sideways. It’s a leap of faith. But we’re all doing it together, and that’s really gratifying. It’s very much a shared accomplishment.

Any parting words of advice for entrepreneurs who are just getting started?

There are a lot of business opportunities out there that might be different than what you expect. Everybody thinks about finance or consulting or tech companies, but those are really well-beaten paths. Being a franchisee in a variety of chain restaurants isn’t something Stanford GSB grads usually think about — I wouldn’t have thought about it myself — but it turned out to be a tremendous opportunity. For one thing, it’s not overcrowded with hyper-ambitious, super-smart MBAs. So my advice would be this: Have a plan, but be open to being surprised.

So, recognizing opportunities when they arise.

Yes, and be ready to grab them when they do. Opportunities come at times you don’t expect, and from directions you don’t expect. That’s certainly the case for us with this new acquisition. It’s not like we didn’t have enough to work on with the COVID crisis. But honestly, we’ve made the most money in the past when things were hard and other people weren’t buying, like in the recessions of 2001 and 2008. It’s all about staying flexible and nimble and being prepared to pivot at a moment’s notice.